How is the media reporting on Brexit today?

How is the media reporting on Brexit today?

The UK referendum on whether to leave the European Union aka “Brexit” is the word on everyone’s screens today. In the UK, most people (one would hope) are aware of what it is. Newsfeeds are stuffed full of articles about it, but what exactly are they reporting about. We took a look at the top 75 articles today about Brexit to see how it’s being reported.

The New York Times leads with “The Betting is massive”, indicating that there is nothing more that people love than a flutter over the potential rise or fall of a nation.

They also run an article asking “Who is to blame for Brexit’s popularity?” Which suggests that it is of course the country’s newspapers that should foot the blame.

The Washington Post, sick of the UK laughing at the American election, exclaims with delight that “The tables have turned”. 13 things that should make Americans feel less embarrassed about US Politics. Although they have a great point with number 9: “Electoral rules mean that British TV can’t air a segment about Brexit from comedian John Oliver.”

Both the Independent and Time magazine take the Game of Thrones angle, claiming that everyone’s favourite fantasy series will be under threat in the event Britain leaves the EU. Don’t laugh, the Indy article is the 3rd most popular article this afternoon about Brexit.

The Guardian sets out to dispel 10 Euro myths to their audience that no doubt already doesn’t believe any of them.

CNN has a handy ‘non-Brit’s guide to the referendum’, while Forbes shows a poll indicating that 80% of Americans believe Britain should leave the EU.

Even Vogue is getting in on the Brexit excitement with a picture of British icon Kate Moss in a Union flag jumper, while offering points of view on the situation from ‘fashion insiders’. 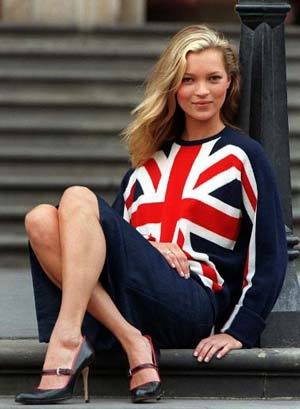 In terms of images used to illustrate stories, Boris Johnson and David Cameron are perhaps tellingly tied with 7 apiece.

Nigel Farage and Donald Trump are used in 2 stories each. Future Prime Minister David Beckham appears in one story, while the Mirror’s celebrity page highlights Liz Hurley attempting to woo voters over to the “voteleave” side with a raunchy photo from several decades ago clutching a Union Jack pillow over her naked body (I am not making this up).
Finally, Michael Gove, the demonised minister once inexplicably in charge of British education appears in a Financial Times article bemoaning the rejection of expert opinion and facts in favour of “just having a feeling about something”.

No doubt later in the evening we’ll be dominated by a glut of live Facebook video from all the big publishers. Enjoy!