Predictions for publishing & social media in 2015

Predictions for publishing & social media in 2015 Working with many of the top publishers across Finland and Sweden, EzyInsights has a unique birds-eye view of the online publishing industry which is fuelled by our thirst for data. Here is our overview of what has been happening over the last year and what will happen in 2015.

Online ad CPM revenue is falling, but why is this? One important reason is the shift to mobile – with mobile ads being less trusted than their desktop counterparts and commanding a lesser value. More ads being pushed to programmatic sales, where leftover or remnant inventory is automatically matched with bids. This sort of traffic is generally lower quality and less targeted, which is again unable to command such a high price. Not to mention the surge in the number of online publications that have managed to capture significant amounts of traffic, increasing available ad inventory and pushing fill rates down across the board.

This is part of the painful transitions that many publishers are being forced into making as consumer expectations shift. In 2015, expect more publishers to get a handle on increasing the value of their visitors this year. Mobile ad rates may have lower CPM rates by default, but change happens quicker when money is involved and we will see more media outlets embrace videos, native advertising/sponsored content and more publishers encouraging you to use their apps, where they have more control over ad formats, even more than you’ve likely already seen.

The major challenges in creating video ads is that they have a higher production cost than typical banner campaigns (even interactive, bells and whistles type rich media banners), and critically that the effectiveness of the final product is so variable. Attention grabbing, effective video ads online need to make their value proposition or at the very least grab the viewer’s attention in the first couple of seconds. Here the agencies creating these ads can look to successful long time YouTube channels that have learned exactly this. How many video ads have made the mistake of assuming viewers are watching with sound enabled – a social faux-pas on the crowded train home – thus rendering their expensive voice-over redundant.

Native advertising is a thorny and hazard ridden obstacle course, where publishers gather whatever trust they have established with their readers or viewers and put it at risk over and over again. This trust is fragile and exponentially harder to re-establish once lost. So why do it at all? Publishers that are able to navigate native advertising successfully without compromising their integrity can boast much higher clickthrough rates than traditional display advertising, meaning a much more valuable type of inventory and higher CPM rates. Expect learning in this area to shoot up over the coming year.

Where is the money?

Digital subscriptions are an old school approach on a new school platform. Some success online means NY Times and other big players are clinging on to this model. It can be a lifeline for smaller niche industries with fans/readers that monetise well. But for industries and areas where an equal or near equal alternative is just a click away, expect brand loyalty to fall away in the face of the dreaded paywall. Another booby trap for print publishers that still happens is the direct conversion of their print product into a digital format. Reader expectations online are very different than when they are holding a physical product. A ‘digital magazine’ that simply features text and pictures, or token bolted on interactions is not enough and will quickly be seen as white elephants.

Video Ads – platform specific video ads especially. Wrestling control back from programmatic buyers, publishers & content providers (e.g. Iltalehti, Sanoma/Nelonen) have set up their own video platforms. This means higher ad exposure to customers, higher CPM rates and more unskippable ads. At the moment users are willing to put up with this kind of advertising exposure as there simply isn’t any other choice – especially when the content is local with country specific news in smaller non-English speaking territories. The money is here right now and is rightfully the focus for the more advanced online publishers as they drive up the value of their traffic, negating to a degree the urgency to chase more and more views.

In 2015 we should be seeing come compelling creative ideas in this area. Ads that offer real content and value will draw users towards the brands own larger sources of content. The idea that people would actively seek out further advertising content from a brand seems outlandish in a traditional context (with perhaps some big name exceptions), but when brands really take on board the idea of providing value first, instead of pushing their message out to be merely seen, they’ll pull customers and fans in where they’ll be able to deepen relationships and increase the value of their communities/audiences.

Where isn’t the money?

Facebook video – there is currently no way to directly monetise native FB video. At the moment, publishers are relying on the reach boost Facebook offers on native video content to increase the overall reach on their pages. Providing smaller clips which link to the ‘full’ video on their own sites or on YouTube. While this will translate into extra traffic to some degree, it is an inefficient method that encourages some publishers to chase short-term reach gains with long term consequences on relationships with their fans. Provided Facebook offers an equal or better option to publishers and brands in terms of ad revenue split, it will be difficult to justify not putting video content natively on Facebook. Google is well and truly lined up in Facebook’s sights.

New social platforms and apps. Yet. As the 35+ age group lazes on the comfortable social climate of Facebook, the elusive 15-25+ age group has disappeared down multiple rabbit holes. Reaching these consumers is difficult for traditional brands and agencies. While there have been examples of native style advertising on newer platforms, big money is slow to trickle down. Smarter brands will find a way to connect with youngsters on a micro-scale, but don’t expect to see a big change this year. Most brands will wait until social platforms are established before making moves, though there can be good opportunities for smaller, younger brands that directly target the youth market.

Where will the money be?

Our prediction for 2015 is that Facebook sets out its stall and offers attractive hassle free revenue share to content providers and publishers who post natively to Facebook. This seems like a no-brainer. Targeting can be made much more accurate – rather than targeting by demographic, advertisers will be able to use the Facebook platform (including their recent ad purchases) to target by behaviour and relationships to existing customers. Although this will spark public concern about online privacy (these days, what doesn’t – and perhaps rightly so), it should mean better, more relevant adverts to viewers. After all, people hate adverts except when they like them, and they like ads that are for things they are interested in.

A strong Facebook presence means preferential treatment from FB and greater chance of capturing traffic. Facebook has already begun rolling out a dedicated and reformatted ‘Videos’ tab – check out The Next Web’s Facebook page which is already using it to promote products and push purchases. Watch how this area of Facebook develops this year. 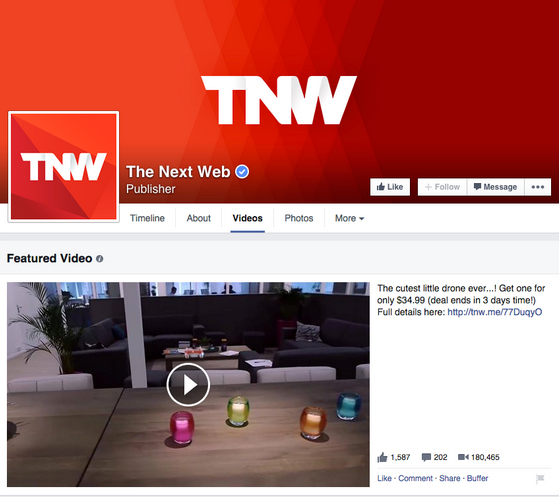 Viral sites that can evolve quickly. Viral sites seem ten a penny right now, commanding huge amounts of engagement on Facebook and considerable traffic to their websites. Out of these, as you’ve already seen in 2014, Buzzfeed has expanded into many different specific areas: These viral sites have sprung up to fill a demand left by slow moving magazines who are not sure how to serve their communities online. The ones that stick around will be those that can successfully negotiate reasonable CPM rates for their advertising space – or indeed aim for another model entirely from display advertising (like Buzzfeed). They will build some kind of relationship with viewers through differentiating themselves in some way from other sites which are drawing in the same stories. Buzzfeed again excels here in a few ways, but that could be a whole article in itself. The point is that the transient viral sites that establish quick roots are morphing into what established print magazines perhaps could have been. There’s a demand for web sized content in web friendly formats being filled by these fast moving digital publishers. The content they serve will likely mature quite rapidly over 2015.

It’s certainly an exciting time to pay attention to the online space regarding publishing and advertising, as it always is whenever rapid change is happening in an industry. We’ll do our level best to bring you interesting news from the frontier of online publishing.